Shahid's much awaited new look for Mausam has finally 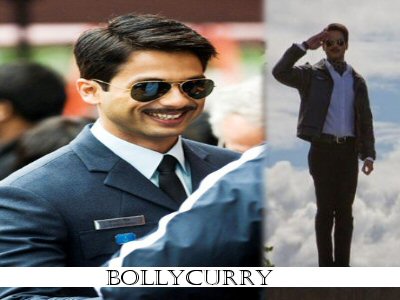 been released and it's a far cry from the young heartthrob he usually portrays.  Tipped to play a 45-year old Air Force Officer in father Pankaj Kapoor's directorial debut, Shahid's look had been kept tightly under wraps whilst delayed shoots struggled through in Edinburgh and London over the summer.

The actor attracted much attention back in July where he accidentally tweeted about his hotel location, resulting in many Indian fans camping out at the set location to catch a glimpse of Shahid with a moustache.

Starring Sonam as an innocent Kashmiri girl, Mausam is slated to release in July 2011.

Urmila Matondkar Does Not Regret, But Ready to Apologise for ...
48 minutes ago