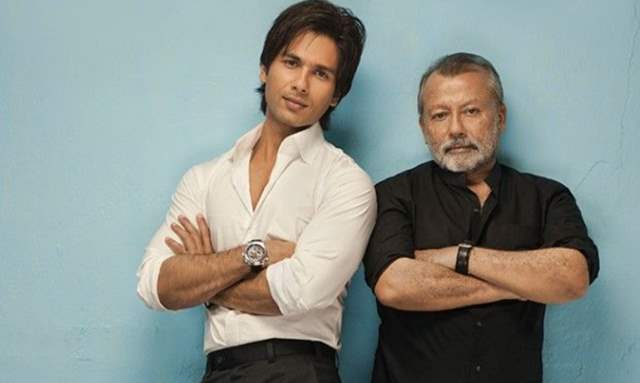 Shahid Kapoor seems to be bored of self-quarantine and he had the best idea to burn down his boredom. As the nation is all set to enter the Fourth phase of Lockdown, he seems to make the most of his free time by interacting with fans.

The 39-year-old actor surprised his fans as he decided to interact with them on Twitter.

Shahid Kapoor is all set to share the frame with dad Pankaj Kapur in his upcoming film, Jersey remake. The shooting of the film is yet to be completed and has been stalled due to the Coronavirus lockdown, Shahid and Pankaj Kapur have shot a few portions of the film together.

While Pankaj Kapur has been all praises for his son’s last performance in Kabir Singh, in a recent Ask Me session, a fan asked Shahid how it felt working with his dad.

To which the Kabir Singh actor, replied to the fan and shared that being with him in the same frame, still makes him nervous.

Previously, Shahid and Pankaj Kapur have shared the frame in Shandaar and Shahid has been directed by him in a film titled Mausam that came out in 2011.

The film will be directed by Gowtham Tinnanuri and he even called Shahid a ‘dedicated actor’ and mentioned that he enjoyed working with him in Jersey. Meanwhile, the shoot for the upcoming film yet to be completed and it will only commence after the lockdown ends. The film also stars Mrunal Thakur and is produced by Allu Aravind, Dil Raju and Aman Gill. It is slated to release on August 28, 2020.

exclusive
Exclusive Mohit Malhotra talks about reuniting with Hina Khan, if ...
45 minutes ago