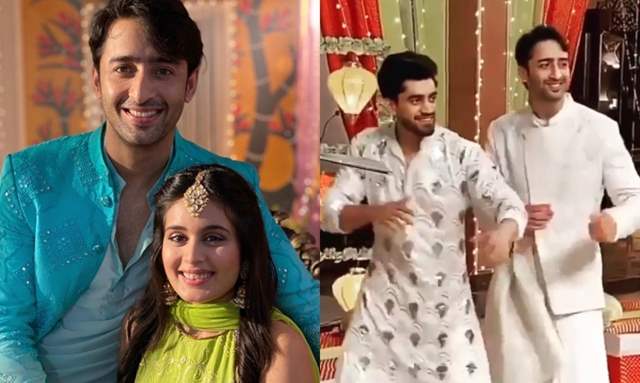 Yeh Rishtey Hain Pyaar Ke is going to see its last episode this week and well, fans are every bit heartbroken about the show coming to an end. While the news about the show being pulled off-air was rather sudden, fans have showered it with immense love and Shaheer Sheikh aka Abir has taken to social media to show some of that love along with a little more to his co-stars.

Shaheer has been penning these sweet notes for all the co-stars he has shot with and has been sharing them along with photos on social media. From Rhea Sharma to Ritvik Arora, Avinash Tiwari, Rajan Shahi, Kaveri Pryam, and everyone else, he has made an extra effort to make everyone feel special with his words and it has in fact, also left fans a little emotional as they read his notes.

For Rhea, he went on to write, ''Bringing a love story to life means having someone who understands and feeds off your energy. You made ‘Abir’ come to life, by being ‘Mishti’ ... together we tried to create something fun, meaningful & hopeful. The world looked at Ajib Rajvansh through ur eyes.'' Isn't that beautiful?

He also wrote some kind words for all others including Mohit Sharma aka jugnu, Deepak Gheevala aka 'bro' and so many others. Check out all his posts here:

Well, that is quite a long list and we can only imagine how much the actor has to say about the show and its members. Fans have been enjoying these notes from the actor and are already excited to see him in something just as good as this show turned out to be!

Are you going to miss the show? Drop your comments below!

m4manju 1 months ago Mishbir look so pretty in that photo 😍