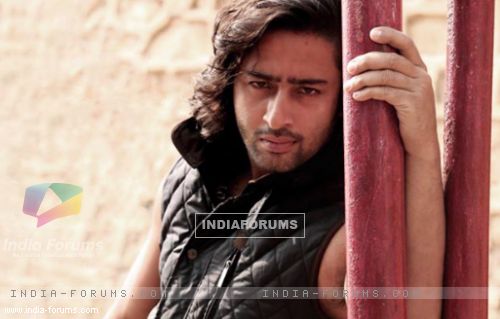 Shaheer Sheikh has really become the favorite of the audience with his extra ordinary stint in Star Plus' Mahabharat as Arjun. Shaheer proved his versatility as an actor with Navya and later with Mahabharat.

As per some media reports, Shaheer was approached for Saurabh Tewari's upcoming show.

When we got in touch with Shaheer to know his side of the story, he says, "Yes, I was approached for the show but things did not work out. The makers of the show wanted to start shooting for the show in November, but that time around I won't be in India. Also, I would not take up a daily soap any sooner as I want a break from the same."

Well, this was about the show. There were also reports regarding Shaheer Sheikh being approached for the most controversial Colors' show Bigg Boss and that if he does the show, he will be offered a show on the channel post Bigg Boss 8.

Shaheer clarifies, "Yes, I was approached for the next installment of Bigg Boss but I have declined the show. Also, there has not been anything regarding the channel offering me a show if I do Bigg Boss 8. But yes, the channel had offered me a few reality shows which I would not like to name."

6 years ago Maybe Anoop thakur will be playing Ashoka instead then? He was posing for a couple of photoshoots in a emperor/warrior like garb from those ages, maybe if Shaheer declined then the producers next choice may be Anoop Thakur Singh aka Dhritarashtra?

6 years ago I love u sooo much my handsome hunk Shaheer Sheikh...:*:*missing u soo badly..:'(take care of urself my jaan and return to tv wid a bang..my love*

+ 3
6 years ago Shaheer Sheikh Miss u as Arjun

6 years ago I will always keep supporting U wateever role u would play on next ...keep smiling and rocking Shaheer Sheikh