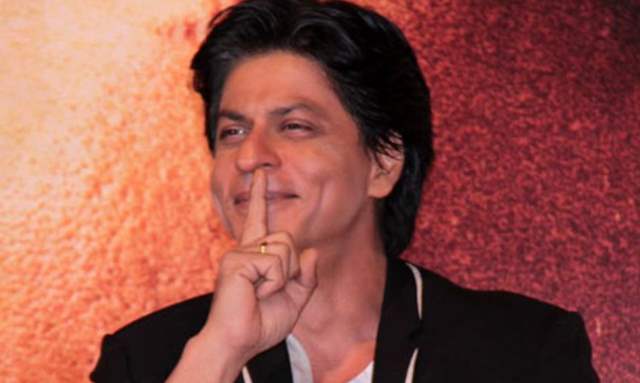 Who would have ever thought that the ultimate Romance King, Shah Rukh Khan, would find it difficult to approach a girl? Filmmaker Imtiaz Ali reveals an incident from the sets of Jab Harry Met Sejal, where SRK was asked to reach out to a girl, but the actor was so nervous that he did not go for it!

We were in Portugal and nobody recognized Shah Rukh there. We were meanwhile trying to impress Anushka Sharma. We threw a challenge and we told him ‘why don’t you approach that girl over there’. You won’t believe, he was so nervous that he just didn’t go for it! He instead told me to talk to the girl. Shah Rukh is the romantic hero who can do anything for the heroines in films. But over there, he got so nervous! Accha laga mujhe yeh dekh kar. Even I was nervous but I forgot all about it when I saw King Khan’s nervousness.

Besides, the Aaj Kal director also reveals how he did not find Shah Rukh good looking when he met him for the first time. In a recent interaction with The Lallantop, Imtiaz opened up about the days when he and Shah Rukh were part of the same theatre but the actor was his senior. He had heard a lot about him but never had met him in person. So the first time Imtiaz saw SRK, he admitted that he didn’t really find the superstar good looking.

I had never met Shah Rukh Khan then. He was our senior in theatre and we used to keep hearing about him that he was doing plays with Barry John. He had, by then, started working on ‘Circus’ and ‘Fauji’. Prabhat Ranjan (novelist) once told us that he’s very handsome. I asked him ‘Aapko yeh handsome lag raha hai?’

Shah Rukh Khan and Imtiaz Ali had teamed up for the first time in the 2017 film, Jab Harry Met Sejal.

Meet the On-screen Mother of Sana Sayyad in Star Plus' ...
21 minutes ago

Rhea's Lawyer Dismisses Her Being 'Missing' Allegations; ...
29 minutes ago