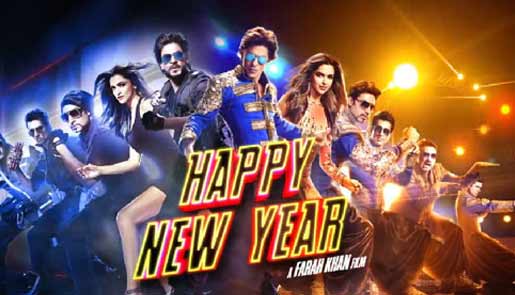 Cinematographer Manush Nandan, who has worked with Shah Rukh Khan in Farah Khan-directed "Happy New Year", says the Bollywood 'Badshah' trusts his technicians to the core, and without any interference.

"Shah Rukh is the most comfortable actor I've worked with. He never asks you to portray him in a certain way because he's a 'star'. He has immense trust in his technicians and lets them do their job because he feels they'll give their best," Nandan, who had earlier worked as an assistant cameraman on SRK-starrers such as "Rab Ne Bana Di Jodi" and "My Name Is Khan", told IANS.

"I was never pushed to do anything and it was my final call when it came to the cinematography department," Nandan said, and added that "there's one department in which Shah Rukh would involve himself actively".

"He takes special interest in the action sequences as he has a bigger vision for it. When it comes to action, he's involved seriously from the initial stages to the final shoot."

Nandan, who had previously canned the shots for films such as Kamal Haasan's "Manmadhan Ambu", "Ishkq In Paris" and "Jo Hum Chahein", landed an opportunity to work in "Happy New Year" after he was "referred to Farah by an assistant director".

"Farah was looking for a DOP (director of photography), someone relatively new and willing to go the extra mile. I met her, but the final push came when she came to know I was cinematographer Ravi K. Chandran's assistant. Ravi vouched for me and informed her that he's hiring me for his directorial debut ('Yaan'), and that she can trust me with her film," he said.

"If you've watched Farah's films, you'll realise that you can't categorise them in a particular genre. That's a challenge for any technician. The canvas of 'Happy New Year' is so big - there's fight and dance, and all that put together, makes it a packaged entertainer," he said.

"From the promos and trailer, it may look like a fun film, but there's a lot of drama in it. Farah thinks drama is her forte. She exactly knows what she wants and since she's well-versed with technology, she also knows what she wants in each frame. So working with her was easy as well as tough," he added.

Since Farah has been around for a long time and is considered one of the best choreographers, Nandan feels that it automatically makes her a "demanding director".

The biggest challenge for Nandan was to accommodate all the lead actors in a single frame in almost every scene.

"You have three stars such as SRK, Abhishek Bachchan and Deepika Padukone, with popular character actors as well. They all have to look good on screen. When they're standing together, you can't just make the first two actors look good and leave the rest," he said.

"All of them have to look good and they should fit into the mood of the scene. Shooting a candlelight dinner with two people is any day easier than shooting a similar kind of situation with six people," he added.

King Khan said earlier that he has a lot of respect for technicians from southern India, and that "benefited" Nandan.

"That credit goes to all my south Indian senior cinematographers such as Santosh Sivan, Ravi K. Chandran and Manikandan, who've created the path. I think it's because of the work of my seniors; it has become easier for young technicians like me to work even though we haven't really achieved much yet," he added.

Asked about his biggest take-away from the project, he said, "What could be more rewarding than being part of the biggest film of the year?"