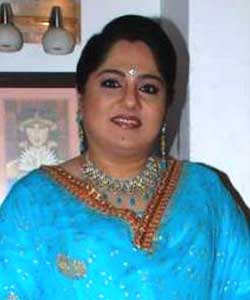 After playing Pari's grandmother in Woh Rehne Waali Mehlon Ki, popular actress Shagufta Ali will be seen in a pivotal role in Yash Patnaik's upcoming creation on Star Plus.

Sneha Wagh who played the lead role in Imagine's Jyoti will apparently play the female lead whereas Sudhanshu Pandey who is now a well known Bollywood face has also accepted the offer to be a part of the show.

We contacted Shagufta Ali who confirmed the news but refused to leak more details.

With such an interesting cast in place, this show has already kept the audience waiting...

+ 4
9 years ago wow! first sudhanshu pandey then sneha wagh and now shagufta ali.. what a cast. now gimme a good story and i am in :D

9 years ago oww she looks very beautyful in blue dress