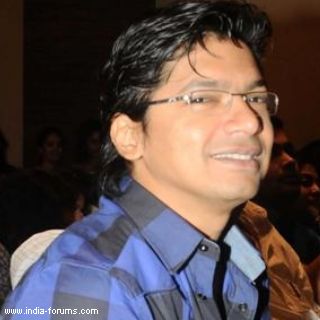 smoking as a very normal thing and he wants this trend to be discouraged.

"There are a lot of songs being made even on alcohol these days which depict such things as easy and friendly. Every other scene today has someone having shots and enjoying. I think they should be more responsible and avoid drinking and smoking in movies," the 39-year-old said here Sunday at an event for World No Tobacco Day.

Every year May 31 is observed as World No Tobacco Day.

Actress Zarine Khan is likely to miss this year's International Indian Film Academy awards (IIFA) as her mother has not been keeping well.

"It's too early to decide about IIFA because my mom is not keeping well. So, it really depends on her condition. If she gets better by then, then I might go. If not, then I'll have to miss it," the 24-year-old said here Sunday at an event for World No Tobacco Day.

Zarine's last release was "Housefull 2" and she is currently shooting for a Tamil film "Karikalan" and is also expected to be a part of "Partner 2."

Parineeti and I are just friends: Jackky Bhagnani

Actor Jackky Bhagnani, who is being linked up with actress Parineeti Chopra, denies such reports, saying that they really are just friends.

"I saw 'Ishaqzaade' and I thought both Arjun Kapoor and Parineeti were outstanding and fabulous," he added.

Jacky debuted in Bollywood with the 2009 film "Kal Kissne Dekha" and his second film "Faltu" did average business at the box office.

The Girl On The Train teaser: Parineeti Chopra takes you on an ...

Parineeti Chopra to play covert agent in Ribhu Dasgupta’s next ...