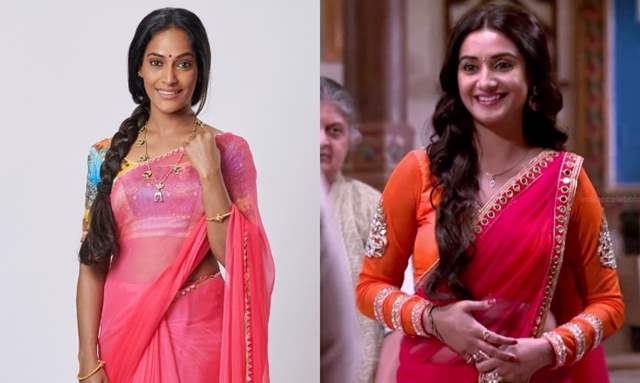 Shaadi Mubarak, featuring Rajshree Thakur and Manav Gohil went on air a couple of weeks ago. While the show has been receiving a decent response so far, it looks like there is a major update regarding the female lead, Rajshree. Reports in SpotboyE suggest that Rajshree has shot for her last episode and has called it quits over differences with the makers, however, when contacts, she said that there is no such thing and that she is happy.

She went on to say that it is not about the show and things did not work out because it was getting hectic for her and affecting her health. She also highlighted how giving her a hundred percent wasn't being possible for her and hence, she decided to quit the show and the makers respected the same. She added that this was an amicable decision and also cleared the air as to how there were no differences and that sorting things out wasn't possible for them given that she is the main lead. However, she did say that this was indeed the reason that the unfortunate decision had to be taken.

Meanwhile, reports have it Rati Pandey will be replacing Rajshree as the main lead and when reached out to her, she told the portal that while she is in talks, there is no confirmation just yet and things are in the initial stage right now.

Udhay 3 months ago What an unprofessional actress Rajshri is. Doesn't she know what is the pressure and work load of doing a female lead role in Star Plus? She was already a mother to a 3 yr old kid when she signed up for this show. Very unprofessional of her to do this to the show and thr viewers. These kind of people should not be given opportunities like this, there are many other deserving actresses who are looking for work!!

RapChick101 3 months ago Rati is sort of average for a role of this caliber. She was good in a few shows definitely but this show requires a performance like Rajshree’s!

pyar-ishk 3 months ago WTH, nothing against Rati but she's not Rajshree. The charm that comes with Preeti, Rajshree emote that so well and her effortless chemistry with Manav. Rajshree health comes first but I don't like this at all. UGHHHHHH

Shivanya108 3 months ago This will affect the viewership big time

zee112 3 months ago I like Rati but Rajshree had set her mark on the character. Will miss her and her chemistry with Manav

Juhi_04 3 months ago Rati already doing Devi as FL. How can an actress play FLs in 2 shows at a time?

A_for_Arpita 3 months ago Rajshree Rati Di both are very talented, glad to know about Rati Di's comeback but I was used to with Rajshree playing the role

Neon9 3 months ago Oh my god ! Though i like Rati a lot but Rajshree was the heart of SM. 😢😞