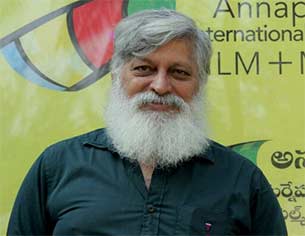 Renowned art director Vinod Guruji, who has been associated with films such as "Dhoom" and "Dhoom 2", says set design helps in the narration of a story as well as development of characters in a film.

"Even before the character talks, it is the walls behind him that reflect the personality of the character. The sets help in translating a script into visual language. So, set design helps in the narration of the story and is a key contributor to the development of a character in a scene," Guruji told IANS.

Guruji, who had recently piloted a session here at the Annapurna International School of Film and Media (AISFM), says for a better career, school education is important.

"I have learnt a lot working with great creative minds such as Sudhendu Roy, Amol Palekar and Kundan Shah, but training at schools provide students with hands-on experience. It serves as a great platform for them to read, discuss and exchange ideas," said the set desinger, popularly known for creating amphitheatre Chinese restaurant in "Kabhi Haan Kabhi Naa" to the diamond heist in "Dhoom 2".

"Art directors are the architects and figment of your imagination in a movie scene. They play a key role in films and usually stand between the screenplay and the director of a film," he added.

My emotional memory helps me shape my character in Anupamaa: Rushad ...