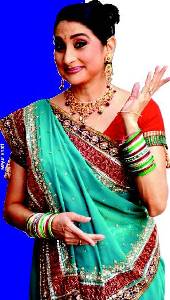 SAB TV's Papad Pol which recently got an extension of a year is apparently gearing up to fetch good ratings to the channel. Therefore the show is welcoming a few new entries to add up spice to the story…

A little birdie from the industry chirps, "Sejal Shah and Dilip Darbar got finalized to essay meaty roles for a few episodes of Papad Pol….Sejal Shah will essay the character of Lata who is a very old friend of Kokila's mother in law, but not on talking terms. In the coming episodes, they encounter each other for a purpose, but still have sour feelings for each other. Dilip Darbar will essay the character of Lata's husband"

"Once Kantaben (Alpana Buch) and Lata (Sejal Shah) encounter each other, Kokila (Ami Trivedi) and Vinay (Swapnil Joshi) will find out a way to get them together again and the story proceeds with this track,"adds source.

Sejal Shah is presently seen in Sahara One's Hi… Padosi Kaun Hai Doshi. and will start her shoot with Dilip Darbar in a couple of days.

We contacted Sejal Shah and she confirmed, "Yes, I will be seen in Papad Pol as Kantaben's friend. We have not yet started shooting, so I have no idea about my track and the character I am essaying."

Let's see if this new track can spice up the show with more ratings...

On Return to TV, Ellen Addresses 'Toxic Workplace ...
41 minutes ago

Kaveri Priyam on Being Disappointed With 'Yeh Rishtey Hai ...
51 minutes ago