The very seasoned and talented actress Jayati Bhatia who plays Taiji in Maayka had a well-kept secret which got revealed recently on the sets of the Zee show! 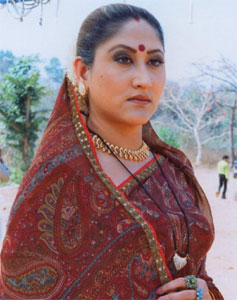 Featured Video
Well, the actress who can play any given character with great aplomb is a complete 'Zero' when it comes to cooking!

Jayati had a scene in Maayka where she had to prepare Methi ke Laddoo. "Taiji is given the task of making the laddoos made of Methi as it is said that pregnant women need to have this. And I am making these for Mahi (Neha Bamb) who is pregnant in the show", explains Jayati about the particular scene.

But the problem came when she had to chop almonds, or at least pretend to be chopping them on screen. "The director told me to chop the almonds into fine pieces and I thought this was very easy. As soon as I took the knife in my hands and began to cut, I realized that this was a tough task for me, and I started yelling to give me a sharper knife. But to my embarrassment, one of the unit boys told me 'Kya madam, chaku toh seedha pakdo'('Madam, at least hold your knife straight'). Hearing this, everyone present there burst out laughing", chirps a very sportive Jayati.

"It was really funny the way I was giving tips of making laddoo in the scene, when the fact was that I do not know ABC of making anything. I had long back seen someone making Halwa and assumed it would be the same. Suddenly Zarina entered and told my director Rahul that I was actually the wrong person to talk to when it comes to cooking. Everybody there started laughing again", she adds further.

Zarina told everyone about this secret. "Zarina always used to bring food prepared from home and she used to tell me the recipes. I never took interest and one day I had confided in her that I am not at all interested in cooking", quips Jayati.

All's well that ends well, as Jayati gave a great shot of preparing laddoos. "The final shot was definitely good as I acted well that I know cooking (smiles). At least now I know how to make laddoos", chides the actress.

What if Jayati is not a great cook, all that matters in television is that she is great when it comes to acting!! 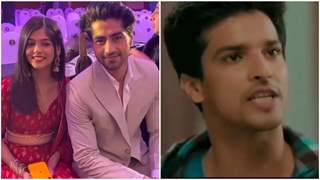 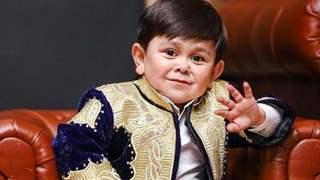 13 years ago i love tayi ji alot in Maayka, wow jayti don''t know cooking, don''t worry yaar, me also not..he he!
jayti is so sweet and gr8 actress...love her and mahi''s chemistry alot!

+ 5
13 years ago Laddoo scene was really entertaining! Shabd making oblong laddoos and Mahi-Tayiji-Mummyji all laughing at him was funny and cute!
They shd have more such halka fulka scenes in Maayka after all the Angad drama and Soni crying scenes. Mann halka ho jaata hai.
OMG Jayati cant cook at all? Who cooks for her at home? I guess she has a cook. Zarina is a wonderful cook no doubt. I could tell by the way she was stirring the laddoo mix.

13 years ago yeah i love tayi ji...jayti is so wonderful actress.....and this particular ladoo making scene was so funny!
@amigail-lover: yeah mahi is pregnent but wid shabd''s child lol!

+ 2
13 years ago hehe so funny and sweet! omg woow Mahi is pregnant its with Vivan na?

13 years ago Thanks for sharing!
Really liked her in Sinndoor tere naam ka where she played Titli maami.