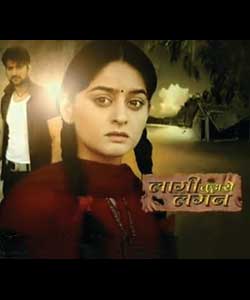 Seems like the cut to cut shoot is having a toll on the television shows very badly. There was no shoot for Colors' Laagi Tujhse Lagan was cancelled recently as the scripts were not ready for the episode.

A source says, "There was no shoot yesterday for the show because the script was not ready for the episode. Also the show does not have bank of episodes as well because of which the crew is finding it tough to complete each and every scene."

We also hear that this is not the first time that Laagi is facing such a problem.

We tried to get in touch with Mahhi Vij andAadesh Chaudhry, but both were unavailable for comments.

Guess time management is the only option as a solution.

sweety2441 8 years ago i don't understand why people can't accept good talent..MR left..he had his reasons to do so, but i think it's better to move on from MR and like mature human beings concentrate on the present. I think deegu (aadesh) is doing an excellent job. His acting is really good. & I want nakusha/ sahiba (mahi) to be with deegu (aadesh) in the show. Nobody is perfect and sometimes certain things do not get done on time. It's part of humanity. Stop rubbishing the show if you don't want to watch it, you are wasting your time criticizing, because those who like the show, including myself, are ignoring the negative criticisms that certain people are writing.

divy609 9 years ago Hahaha LMAO ... Srsly even if script's ready there's no story for this show nw ! Thank God MR left the crap

ivy_11 9 years ago LOL. I am speechless. Atleast they cannot blame it on Mishal anymore.

What you sow is what you shall reap...So true for Berang!

saramishal 9 years ago please end this show.dutta means mishal only. no one cant dare to take that role but SA hasbeen taken notonly his fame serial is in danger now. yeh toh hona hi tha.

captkirk 9 years ago this show has become such a joke after Mishal left!! why am i not surprised! anyway who cares!

com4us 9 years ago Please end this show asap for the sake of the show...it has become a boring serial now...

TheRager 9 years ago So far LTL stayed in the news by bad mouthing Mishal. If he was still around they would have made it seem that his tantrums resulted in cancelling of the shoot. Thank God he isnt around to be made a scapegoat for the ineptitue of the CVs.

ANUPAMAA 9 years ago do us a favour n end tis show...LTL is zero without mishal!

sonamd 9 years ago hahha..do they rly need script...i mean these days, looking at the way the shows in every channel is proceeding, i dnt think they need script...maybe if u just let those actors speak watever dey feel like wld be gr8!!!!1

Nawazuddin Siddiqui Waited 20 Years to Work with Sudhir ...
37 minutes ago