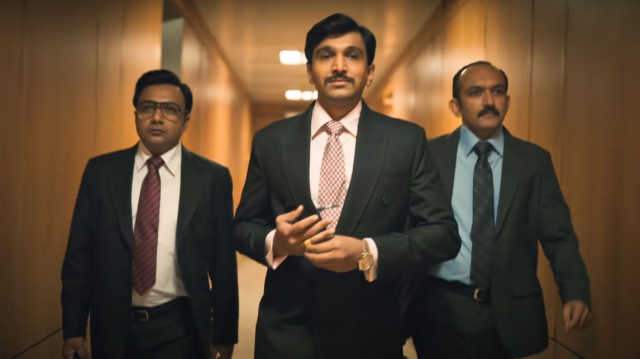 Actor Hemant Kher has impressed the audience with his performance of Ashwin Mehta in the web series Scam1992. Directed by Hansal Mehta, the series is based on the life of Harshad Mehta who made headlines for the 1992 Indian stock market scam.

Speaking of his experience about working with the filmmaker, Hemant shares:

"It was great working with Hansal Mehta. He is the man with a vision and he gives his actors complete liberty to improvise and gives actor his/ her space. He takes care of all the actors and ensures that even every small thing on the scene is perfect even its the look, costumes or the way we stand, sit or walk. So it was amazing working with him and I want to work again and again with him, even for no pay."

Hemant also feels that this series would definitely help him to gain more work because now makers are aware of his capabilities.

Besides acting, Hemant has been a writer for the longest time and will continue working on that. He says that he would also love to direct his scripts.

The series is adapted from journalist Sucheta Dalal and Debashish Basu's book The Scam: Who Won, Who Lost, Who Got Away and received rave reviews from critics as well as audience.