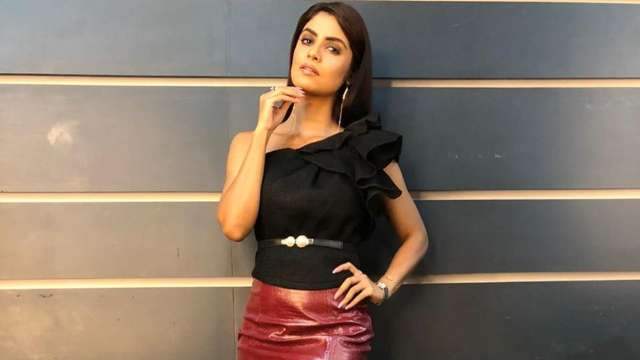 Sayantani Ghosh, who has made it big in the television industry at a rather young age, continues to have everyone's attention with the roles she has done and takes up. However, her journey, much like any other artist's, has had struggles, and she recently spoke about it to ETimes.

The actress is currently seen in Tera Yaar Hoon Main, and talking about the hurdles, she revealed how she bagged her first show Kumkum - Ek Pyara Sa Bandhan when she came to Mumbai and worked in Bengali films as the lead prior to that. She also revealed how she won a pageant in Kolkata, and hence, her initial years have been a piece of cakewalk for the actress.

She revealed, ''Within a year-and-a-half of coming to Mumbai, I was doing successful shows in Hindi, and even became the first Naagin on Indian television. By the time I was 23, I had bought my first home and first vehicle. Many people don’t get the kind of break that I got, but my struggles have been different.”

As for the battles she has had to keep up with, she mentioned how it was difficult to maintain the quality of work she did and that she sat home for a year after Naagin wrapped up in 2009. She did reveal how she did have offers, but she prioritized quality over money and she sailed through with the help of performances and events. She mentioned how she did not have anyone to advise her regarding finances and that there was a point in 2012-13 that she had to sell her flat and move to a rented apartment as she did not want to ask for money from her parents. She also said that this profession has its perks, but instability and uncertainty are a part of it.

She added how starting off early also added to her struggles as at the age of 27, she had worked for 5-6 years, and hence, when people offered her roles, her on-screen age for those happened to be 30-31. She revealed that it has been difficult for her to find roles that suit her age since the last 3-4 years and that either the protagonist is young or one is expected to be 40, and hence, she has limited options.

Nonetheless, she also mentioned how given the COVID-19 pandemic, her perspective has changed and the term struggle has been redefined given the fact that the biggest challenge now is to live healthily. She added how she does not have any complaints and that she wishes to act until her last breath since she is not looking for short-term success.

+ 3
2 months ago Sayantani was the best part about Naagin 4. She is a fab actress and should be given roles as per her real age ❤️