New Delhi, July 2 (IANS) After a gap of three years, Punjabi pop singer Jaswinder Singh Bains alias Jazzy-B comes up with a new album titled 'Romeo' and says it throws light on the youth's indulgence in alcohol and drugs.

'The title track 'Rambo' talks about how the youth should not do drugs and urges them to hit the gym,' Jazzy B who was in the capital for the promotion of the album told IANS.

'The album is for the young generation especially Asian kids, since a lot of them are getting into drugs,' he added.

Disappointed with youngsters' fascination for drugs, Jazzy said: '16-year-olds are doing drugs. This album sends out a message to all of them that they should avoid drugs.'

So will the album not have Jazzy's usual boy wooing girl antics?

'It will, you got to have a song about girls,' he quipped.

The singer is widely known for his flamboyant music videos and this time he boasts of an even bigger panache.

'My videos will have cars that even rap stars don't use in their videos. We've got cars like 'Bugattis' and the videos have been shot at locations in England and Canada,' informed Jazzy.

Asked what took him so long to come up with another album, the singer said: 'Actually, I wanted to concentrate more on the lyrics this time so that took time.' 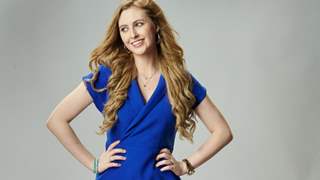