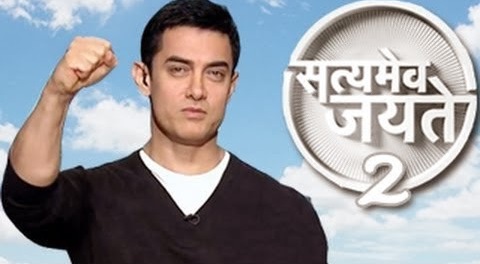 The first promo of the third season of Aamir Khan's new show Satyamev Jayate will launch exclusively on Twitter.

The popular show, which raises important social issues in the country, airs on Star Plus, and its new season will go on air soon.

With the success of rise in online conversation around the show in the last two seasons, this time, the makers and channel have decided to engage the audience in unique ways on social networking platform Twitter.

Star Plus will delight fans by giving them the power to unlock and enable the release of the promo of the new season, on Twitter, before any online or offline platform.

"The Satyamev Jayate promo releases when the ticker reaches 100! Be the first to see it, #MumkinHai . Click now: http://flwcs.co/ON," read a tweet from the Twitter handle "Satyamev Jayate".

The broadcaster will become the first broadcaster to use the 'Flock to Unlock' card that will incentivise followers to drive engagement and awareness about the show and unlock exclusive content on the micro-blogging platform, said a statement from Twitter.

Fans are encouraged to tweet with hashtag #MumkinHai to generate the required number of tweets needed to unlock the video and be the first to view it.

Gayatri Yadav EVP, Marketing and Communications, STAR India describes "Satyamev Jayate" as a people's brand and that "digital has played a key role in this".

"This is our way of engaging our digital audience and involving them in conversations for the show at the outset of breaking the campaign. We are happy to partner with Twitter for 'Tweet To Unlock' and making this an exciting activity," said Yadav.

Angela_Grokes 6 years ago Beautiful show! Waiting for the new season to start...

chahat4u 6 years ago Looking forward to the third season eagerly.