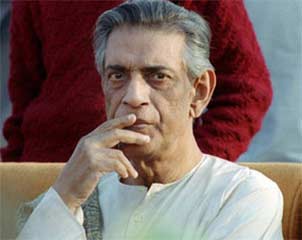 A veteran editor, Rao was a professor at Pune's Film and Television Institute of India (FTII) when Ray came visiting in 1969 and then in 1974.

"I have vivid memories of Ray's visit to FTII in 1969. He spent three days there talking to teachers and students. Ray, five years later, in his convocation address to the 12th convocation, spoke about film schools.

"Earlier he was sceptical about film schools. But after his first visit to FTII, he changed his view," he said while addressing participants at the closing ceremony of National Student's Film Awards at the Satyajit Ray Film and Television Institute (SRFTI) here Sunday.

He quoted parts from Ray's speech at the convocation, where the "great director" had acknowledged the importance of film schools.

"So the great director had the vision of the cinema of young filmmakers who also know their jobs well and who have something to say about their own country and their own generation," he said.

Also present at the closing ceremony was National Film Award-winning cinematographer A.K. Bir who stressed on ethics, principles and rationality in a filmmaking.

"This enables the creative instinct to attain the state of universality. Imagination is another factor which plays a crucial role in the creative process," he said.