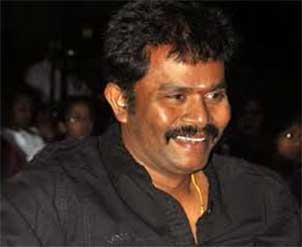 Director Hari Gopalakrishnan says actor Sathyaraj's role as a police officer in upcoming Tamil actioner "Poojai" will be his career's most powerful role ever. He says the role is so powerful that even revealing the name of his character would become a spoiler.

"Sathyaraj sir was really excited about the role when I narrated it to him. He plays a fierce cop in the film and I can say without an iota of doubt that it's the most powerful role in his career. Even if I reveal his charactera's name, it would become a huge spoiler," Hari told IANS.

Sathyaraj shaved his head for the role.

"When I told him that he had to shave his head for his character, I assumed he would not be interested, but to my surprise he instantly agreed to do it. It will remind audiences of his role in films such as 'Walter Vetrivel' and 'Nooravathu Naal'," he added.

Suhana Khan Shares Screenshots, Hits Back at Trolls Calling her ...