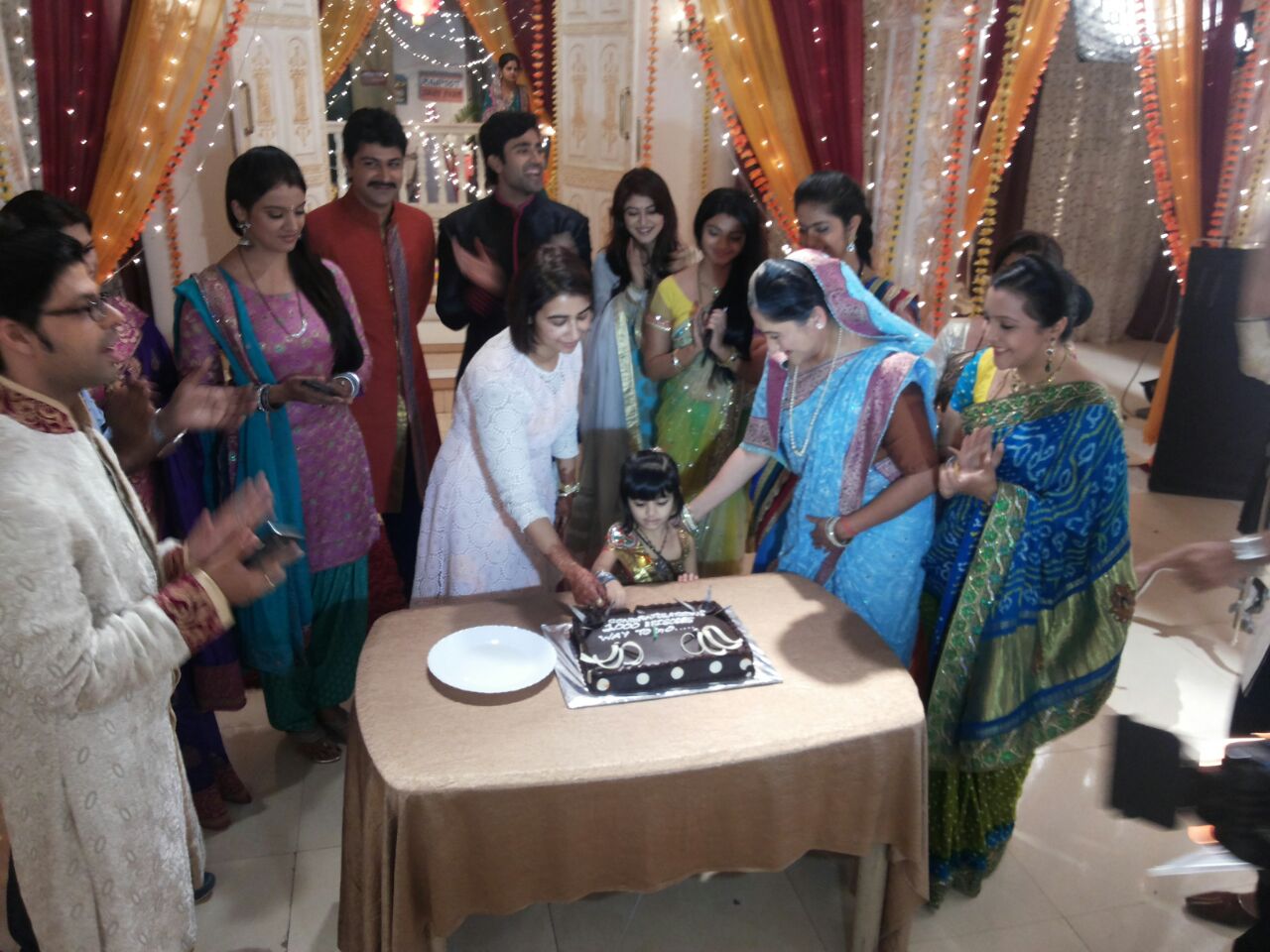 Colors' Sasural Simar Ka produced by Rashmi Sharma Telefilms has achieved a milestone with the show completing 1000 episodes. It has been more than three years now that the show commenced and it is still running very strong bagging top position on the TRP charts.
The show is currently celebrating its 1000 episodes with the makers treating its viewers with the HongKong track on this special occasion. Keeping the occasion in mind, we tried getting in touch with a few actors of the show and this is what they had to say.
When contacted Manish Raisinghan who essays the role of Siddhanth avers, "Log kehete hain "haste gaate waqt beet gaya" I would say "sasural simar ka mein haste Khate 1000 episodes beet gayee." I entered this crazy foodie family of SSK and since then in one word if I have to describe my journey, it would be 'pampered'; pampered by the producers to  the technicians and from the cast to the whole crew and most importantly our fans because of whom we not just completed 1000 episodes but also did that in style, that is we are not just slot leaders but also the number one show on colors.
Like in Hindi cinema better known as Bollywood, we have 100cr and 200cr club which only few movies manage to achieve, 1000 episodes is the benchmark which very few shows manage to cross. I feel privileged to b a part of this show and would like to thank Pawan Kumar and Rashmi Sharma and the team of Colors  to make me a part of this not just a successful team but also a very loving team.
The message in this situation in one word would be 'Gratitude'; lots and lots of gratitude for our audience or fans - sskians, rosidians, and avimanians like the way they address us. You guys make SSK rock, you guys make Rosid special. Thank you all for all the endless mails, messages and tweets, for all the hugs and kisses you shower on us, when you meet us, make us the no. 1 show and you guys make rosid the no. 1 couple in every poll and not just that, you guys never let me or Avika Gor lose any individual polls also. All I can say is a humble thank u! love u all!"
We also spoke to Nishigandha Wad who avers, "Completing 1000 episodes is a great achievement for the production house as well as the team. I would like to give out a message to everyone that pursue your dreams. Eventually, the way you have chosen will bring you success if done with full efforts."
We tried getting in touch with Deepika Samson, Avika Gor and Dheeraj Dhoopar, but the three remained unavailable.
TellyBuzz wishes the entire cast and crew of Sasural Simar Ka all the good luck and hearty congratulations.
Upasana Patel
14 Likes

manu.krissh 6 years ago luv ur acting Dheeraj dhoopar!!!
All the best for ur career nd hope u get more gud nd young roles u deserve...

srdevi 6 years ago Watch SSK only for Manish Raisinghan and Avika Gor, they are the best jodi.

banuprasa 6 years ago Avika Gor and Manish Raisinghan rocks in SSK as ROSID. We love ROSID.

PreetiSJ 6 years ago avika gor and manish raisinghan, you rock!! keep it up, and hopefully we will have more rosid scenes soon