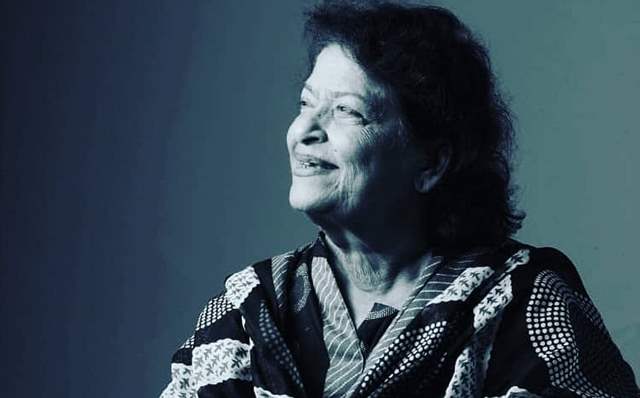 Bollywood's renowned choreographer Saroj Khan left for heavenly abode at around 1:52 am early on Friday (July 03, 2020). She was admitted to Guru Nanak Hospital in Bandra, Mumbai after she complained of breathing issues. She was also suffering from severe diabetes and various other related illnesses.

Her cause of death is reported to be cardiac arrest. She was 72.

Now, her daughter Sukyna Khan, on behalf of their family has released an official statement in which she has conveyed her gratitude to each and everyone who expressed their grief and shared condolences. She further clarified that owing to the COVID- 19 situation that the country is facing at present, there will be no prayer meet held. A gathering to celebrate Masterji's (Saroj Khan was fondly called by this name) life will be held at a later date when the Coronanavirus scare will be over or the pandemic situation will be under control.

Sharing a photo from Saroj's official Instagram handle, she wrote alongside:

"Thank you for all your messages and for keeping Mummy in your prayers. Given the current COVID-19 situation, there will be no prayer meet. Whenever the situation improves, we will meet and celebrate the life of Saroj Khan. (Folded Hands emoji)

On June 17, 2020, the ace choreographer was rushed to Guru Nanak Hospital after she complained of breathing issues. Her daughter Sukyna Khan had reportedly informed the media about her mom's condition. In her statement she had revealed that Saroj tested negative for Coronavirus and that her breathlessness was caused due to cold. Further, she had shared that her mother will be discharged from the hospital in the next two to three days.

Reportedly, Saroj Khan's body was taken to the Ahle Sunnat cemetery in Malad where her family members had gathered to bid her a final good bye. Her burial took place at 7 am IST on (July 03, 2020). Son Raju Khan performed the last rites.

We pray for her departed soul to rest in peace and may God grant courage to the family to bear the loss.

Mahima Chaudhry Reveals Being Bullied By Subhash Ghai; Only ...
12 minutes ago

Sanjay Dutt Diagnosed With Lung Cancer Stage 3; To Fly To ...
47 minutes ago