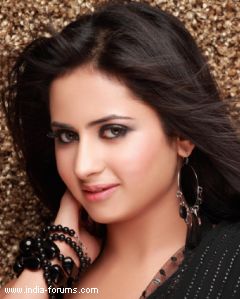 Sargun Mehta is all set to host the new season of 'Boogie Woogie' along with child artist Rakshit Wahi.

Both of them are hosting a show for the first time.

The new season of 'Boogie Woogie' will see kids aged between six and fourteen years vying to win the title.

Launched in 1996, the show was the brainchild of TV personality Naved, his brother Javed Jaffrey and actor Ravi Behl. It was also one of the longest running dance reality shows on Indian TV.

+ 2
7 years ago sargun mehta all the best.iliked ur work in all the shows but Phulwa was best.
i also like boogie woogie.hope u do well.

+ 3
7 years ago I am excited for dis season boogie woogie as the casting director and d choreographer is one of my best dance tutor Nitin Dass. And yes Javed, Naved and Ravi Sir are coming back

+ 4
10 years ago im glad JA is in it... not really a fan of hers but hope its a success like the first one and take her to heights!
must say she's cute tho :)

+ 2
10 years ago don't really like her, wish it was some other actress anyways just glad John Abraham's in it :)

+ 2
10 years ago ahah what a good combination
Sonashki VS Katrina !

10 years ago Without BIPS there is absolutely no meaning of Race-2....

+ 4
10 years ago she is looking different and beautiful in this snap.

+ 2
10 years ago Wow nice cast .. waiting to see John and Deepika ! Sonakshi looks nice in the magazine picture .. she's a promising debutant, all the best to her :)