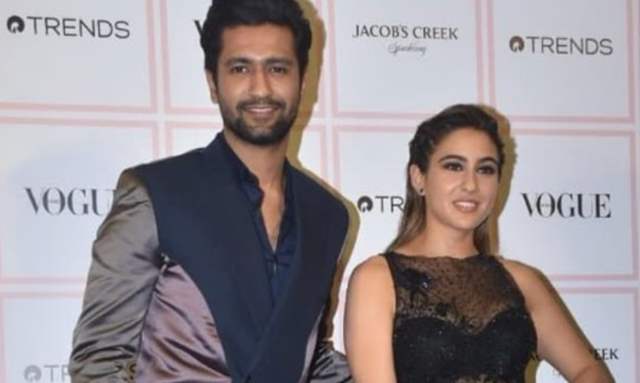 Vicky Kaushal’s upcoming film 'The Immortal Ashwatthama,' has created a lot of buzz amongst the fans. It’s been some time since the film was announced and his fans of Vicky were excited to see him in a never-seen-before avatar. However, the film’s female lead continues to be a mystery for the fans as the makers are yet to announce the name of the actress.

Meanwhile, there have been a lot of reports that claim Sara Ali Khan may be in talks with makers for the film.

A recent Mumbai Mirror report suggests that Sara is the 'forerunner' for the female lead opposite Vicky Kaushal in the film. The report quoted the source that revealed, Sara’s character will have an intriguing mythological background and that she is expected to sign the dotted line in the next fortnight.

"Sara's character has an interesting mythological arc to it. She is expected to sign within a fortnight and will start prepping from early next year," said the source.

Apart from that, Vicky reportedly kicked off his training in mixed martial arts for the film along with learning horse-riding and spear fighting too. The source also claimed that the director was planning to shoot the film in several locations in India and abroad.

The source said, "It will be shot over a span of 80-90 days at multiple locations in India and abroad such as Greece, New Zealand, Japan, and Namibia, with plenty of time devoted to post-production as it will have a lot of visual effects for which Aditya has been collaborating with studios in the West."

The report also mentioned that Vicky's character will be based on Guru Dronacharya and Kripi's son but will be set in modern times.

Meanwhile, on the work front, Sara is busy with the promotions of Coolie No 1 that is slated to release on OTT on Christmas 2020. She is also shooting for Atrangi Re with Dhanush and Akshay Kumar. The film is helmed by Aanand L Rai and reportedly stars Sara in a double role.

On the other hand, Vicky has reportedly kicked off his comedy flick with Manushi Chhillar that is backed by YRF. Apart from that, he also has Sardar Udham Singh with Shoojit Sircar that is slated to release on January 15, 2021.

Sara Ali Khan’s revels her 'Biggest Critic'? Is it Saif Ali Khan or ...