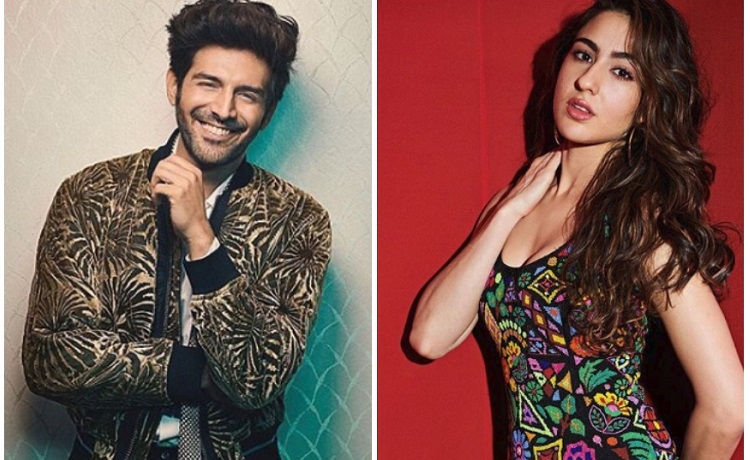 Sara Ali Khan who won many hearts with her on-screen performance and off screen innocence.
The actress made her debut with the film Kedarnath alongside Sushant Singh Rajput and was later seen in Simmba opposite Ranveer Singh which turned out to be the biggest hits of 2018.
Sara once again grabbed headlines when she appeared on the Karan Johar's chat show Koffee with Karan. The actress confessed of having a crush on the actor Karik Aaryan. Post which fans have been waiting for them to share screen space in a film.
Reportedly, the duo is all set to star in filmmaker Imtiaz Ali's Love Aaj Kal 2 and the movie will take off in Delhi next week. It will also mark Imtiaz's reunion with Randeep Hooda.
Talking about the project, a source said that Kartik, Sara and Randeep have been doing readings for a while now. "Unlike Imtiaz's previous two filmsJab Harry Met Sejal and Tamashawhich were set in foreign locales, this one largely unravels in Punjab and Delhi," the source added.
Kartik Aaryan has confirmed the news and said that he has been roped in for Imtiaz's next. The actor said, "He is one of my favourite filmmakers and I have always wanted to work with him. I am glad it's finally happening."

The movie is the sequel to Imtiaz's 2009 rom-com, Love Aaj Kal which featured Saif Ali Khan, Deepika Padukone and Rishi Kapoor in lead roles.
Reports were abuzz that Saif will also be starring in the movie but the actor refuted the news and said, " I'm happy to sell my stake and not be a part of the film. It's a business deal."
Meanwhile, talking about the upcoming movie, the source also revealed Randeep's role will be similar to that of Rishi Kapoor's in Love Aaj Kal. The film will be co-produced by Imtiaz and Dinesh Vijan.
Stay tuned for more updates.
0 Likes

awida 1 years ago Kartik is an overrated actor. Sara is ok