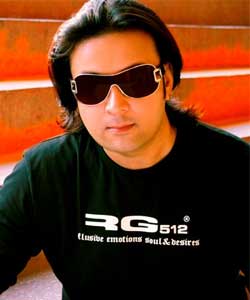 This season of Colors' Bigg Boss Season 5 has seen the most unconventional gang of inmates finding their way through the big maze. After Amar Upadhyay, we hear that the channel and the production house is planning to put some more guys in the house.

The latest name that is topping the charts is of actor Santosh Shukla who plays the lead in Sahara One's Kahani Chandrakanta Ki . Santosh who was recently in the news for his alleged tiff with co-actor Raja Chaudhary has been approached for Bigg Boss this season.

We contacted Santosh Shukla who refused to divulge any information on the same however, the producer of the show, Sunil said, "Yes Santosh has been approached but he is in contract with us."

Will Santosh be able to spend some time behind the locked doors? Only time will tell...

siyona 8 years ago why cant the makers have karan singh grover..?? that wud have trp soring high n viewers will get to see some real drama..,flirting etc..

noseasync 8 years ago dont even know who the heck he is, & not even interested for the same..
BB has lost its magic:(

Who is Raja in the first place??Just Shweta Tiwari's ex-husband!!!!!

bary 8 years ago exactly who has sahara one channel to know him,i am really trying to catch up the show but it became too boring,bring some known good looking guys,believe me it is mostly only girls who watch the show and boys wont even be bothered to watch if it wont be another Pamela Andreson

abd_20 8 years ago Really confused because some contestants are okay some are not Pooja is the worst of them all coz keeps charging like a bull for no reason...