Jayati Bhatia, one of the Saas in action in Sahara One’s Saas V/s Bahu was in soup when she had to choose her celebrity guest for the show!!

Featured Video
The actress wanted to call her on screen daughter-in-law from Viraasat, Sangeeta Ghosh, but could not, as she was under a contract for a film. She could not pitch in for Aman Verma as her bahu Chhavi Mittal had opted for him as guest. With no other option left, Jayati had to be convinced with Sanjit Bedi, the non-dancer..

Sanjit who considers Jayati as ‘Baap actor’ was glad that he was sharing screen-space with her. “I’m not the best dancer around and I have always turned down other dance and reality shows, but then I thought how long I must fear dancing, so went head on and I’m glad I did,” says Sanjit. However, Jayati was terribly disappointed to have Sanjit supporting her. “Sanjit is a great guy and one of the most positive people I have met, but he dances like a carpenter! I told him it seemed like he was hammering nails into walls! And in our duet round, he had the song changed which irritated me even more. Then he said that if we didn’t let him do it the way he wanted, he wouldn’t be able to do it at all. So we changed the concept of the song and made it seem like I am dancing properly and then he comes in like a mast, happy-go-lucky guy and makes me dance the way he wants”.

So how did the judges react to this concept? Well, to Jayati’s astonishment, the stiff body of Sanjit took a back seat as the dancer gave a very enjoyable performance which was applauded by the judges’. Jayati was in top gear when she saw the drooping faces of all the contestants who smirked at her about Sanjit earlier. “I’m really proud of Sanjit. He’s a lotta fun, though I still think he dances like a carpenter”, laughs Jayati. To this, Sanjit states, “I think it was Jayati’s show all the way. She is just too good”.

Well, Jayati indeed needs to thank the ‘carpenter’ steps of Sanjit that saved her on the day!! 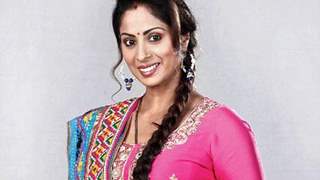 + 2
14 years ago Neil is soo right, katrina and neil would ake an awsome couple

+ 4
14 years ago I thought that its another fight on the reality show between Jayati and sanjit...LOL...

+ 3
14 years ago hey that must have been great... his erxpessions are really awesome... heheheh...carpenter... hahahaha how cute...

but glad to see everything wrked out alrite….