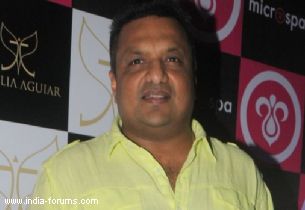 Filmmaker Sanjay Gupta, popular for directing films like "Kaante" and "Shootout At Lokhandwala", has started working on two scripts and he feels as though he's two-timing.

He had recently confirmed that actress Aishwarya Rai will play the female lead in his action-thriller "Jazbaa".