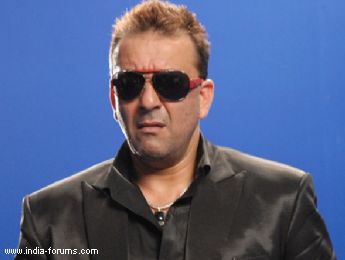 The trailers of "Department" are already in theatres and the promotional clippings are ready to be aired on the small screen. But the film's producers have decided to shoot an additional song, to be sung by actor Sanjay Dutt.

Sanjay will also feature in the song, to be choreographed by his friend and protege, Ahmed Khan, according to a source from Viacom18 Motion Pictures, producers of "Department".

"The peppy edgy number has been composed by Sandeep Chowta and Mr.Dutt would be recording the song in his own voice. There's no doubt that Sanjay Dutt is a major attraction after 'Agneepath'. We want to make sure he is projected as the film's USP," said the source.

Sanjay will himself take charge of the song, which besides being aired on all the channels, would also be appended on to the Ram Gopal Varma-directorial for the end credits.

Choreographer Khan confirmed the shooting of the additional song for the movie, which also features Rana Daggubati and megastar Amitabh Bachchan.

"Yes, we are shooting a song for 'Department'. It's a music video to be sung by Baba (Sanjay). He and I are getting together once again after 'Aye Shivani' in Sanjay Chhel's 'Khoobsurat' (he sang it and I shot it)," said Khan.

"This time it's an edgy song with no dancing," he added.

Apart from "Aye Shivani", Sanjay had also sung a part of the title track of Rajkumar Hirani's "Munnabhai M.B.B.S" and also gave his voice to a song in "Kaante".

Bigg Boss 14: Teaser Promo of Nikki Tamboli is Out
7 minutes ago

Neha Mehta aka Anjali Wanted To Return To 'Taarak Mehta..' ...
41 minutes ago

Star Plus' Ghum Hai Kisi ke Pyaar Mein To Go To Nashik For ...
46 minutes ago