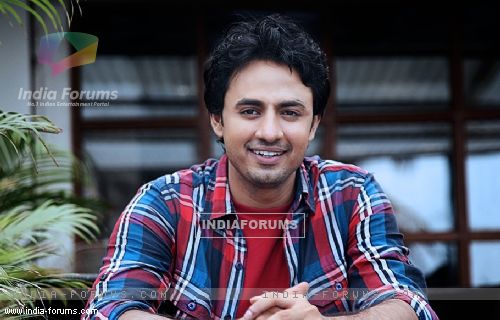 Actor Sandit Tiwari, who essays the character of Prashant in Zee TV's popular show Jamai Raja, apparently has put down his papers.

Our source informs us, "Sandit who was roped in for playing the character of Prashant as a parallel lead in the show, has now quit the show as he was unhappy with the way his character was shaping up. The character was not progressing further the way Sandit was promised."

When contacted Sandit, he said, "I was creatively unsatisfied the way my character was shaping up in the show. They couldn't live up to their promise so I decided to leave the show and it was a mutual agreement between us. I have made some good friends on the sets of Jamai Raja like Ravi (Ravi Dubey), Nia (Nia Sharma) and I would love to work with them again."

6 years ago yes his role is short..umm
jamai raja rockss...love u Nia sharma...

6 years ago He was good as Prashant.. But how can he be a parallel lead? Were they planning to pair him with Kritika? Anyways, hope someone good replaces him..

+ 3
9 years ago they both together were awesome but never got what they deserved... great music with soul and rhythm and now alltu faltu items

alooaloo 9 years ago he needs to do something like DDLJ, KKHH, K3G again

9 years ago Yuck item numbers. Sorry I have some standards that I must maintain and item numbers are just damn ridiculous. Waiting for the stupid audience to realize that.

9 years ago It's really sad to see such good composer going so low. I hope both brothers get together and give us nice melodious songs. Not a fan of this so called item numbers.