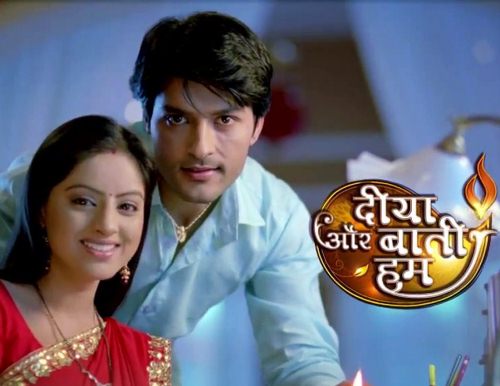 Shashi Sumeet Mittal's popular show Diya Aur Baati Hum on Star Plus is bringing many twists and turns the grab the attention of the viewers. With the latest development in its storyline, revolving around RK (Gaurav Sharma) who is a terrorist, the makers are leaving no stone unturned to keep the audiences hooked to the show.

Currently the show is revolving around RK (Gaurav Sharma) who has escaped from the prison using his cleverness and with the help of his sister Disha (Jyoti Sharma) who is residing at Rathi house. With the constable's death, his family has brought a coffin to take the deceased person's body. This comes as shock for Sandhya (Deepika Singh) as the body has handed over in the hospital and the coffin has been brought to the jail. This generates a doubt in Sandhya's mind.

Our sources say, "RK will hide himself in the coffin with a trick which has been brought in the jail. The coffin will consist of two levels and he will hide himself in the lower level while the constable's body will be placed on the upper level. This coffin will be taken to the crematorium where they will bury the coffin along with RK. Soon Sandhya and Zakir (Neil Bhatt) will reach at crematorium. They will open the coffin and will find only constable's body as they will be unaware that the coffin consists of two levels. Later Sandhya will spot a hole and then she will come to know that the coffin has a lower level too.  Hence she will open the lower level and will find RK hiding inside. She will arrest him and RK will challenge her that he will soon escape from the prison again."

What will be RK's next move? Will RK escape again?

RajeshriS 6 years ago Love you Deepika Singh
Keep rocking..you are the best..