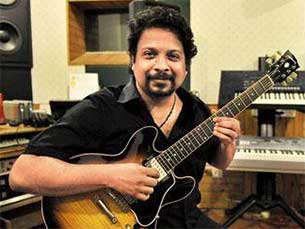 Singer-composer Sandeep Chowta is happy that his latest album "Matters Of The Heart", a compilation of mostly jazz numbers, has received a good response in times when Bollywood and international pop tops the charts.

"I am very glad that the album is being very well received. In the days of Bollywood and international pop ruling the charts, it is very difficult for non-film independent music to be noticed," Chowta said in a statement.

The album comprises of 17 tracks composed by Chowta himself. It revisits some of the songs that Chowta composed in the past at different points in his life, but he never finished making them.

He says the album's success "goes to say that one needs to believe in the music one is making and not worry about what will work and what won't".

"'Matters of The Heart' is a celebration of life's moments through music," he added.

The album was released by Sony Music in October.