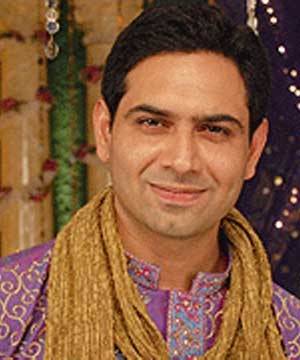 Television actor Sandeep Baswana, is coming back on screen with a popular show Udann on Colors. The actor was last seen in Hitler Didi on Zee TV. After the show went off air he remained away from TV but now he is back with a pivotal role in Udann.

Sandeep will be seen essaying the character of Ishwar Rawat who is a rural development officer. He will be seen as an honest officer in the show.

Our sources say, "Sandeep will be a newly appointed officer who has come in the village to look after the development of the village. As Kamalnarayan Singh (Sai Ballal) is willing to start a silk factory, he is not getting an NOC (Non Objectionable Certificate). So he will try to convince Ishwar to give an NOC but due to some problem he won't get the same."

"Thus later Thakur will come to know that Ishwar is the son of his old friend Prabhakar Rawat who was the judge. Thakur will play a game and will call Rawat family at his house for dinner. He he will try to bribe Ishwar but all his efforts will be in vain," ends the source.

What will be Thakur's another move? What other game he will play to convince Ishwar?

Vidhi Pandya on sitting at home one and a half year & dealing with ...

6 years ago Nice to see him play a positive role after HD. He was superb there as well. Now, chakore's life will take a beautiful turn thanks to the Rawat family.

6 years ago all d bst sandeep fr ur new show...u were superb as munna in HD

6 years ago Nice . show is good.little chakor way too cute!!

+ 2
9 years ago i LOVE you sooo much shahid!!!!
keep rocking...can't wait for mausam,
and your next film "teri meri kahaani" with PC :D

+ 5
9 years ago wow intresting shahid in triple role :D
i know he will rock it