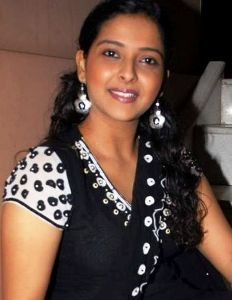 Tellybuzz had earlier reported about Samragyi Nema of fame Santaan joining the cast of Zee TV's Punar Vivah along with Gurmeet Choudhary and Kratika Sengar as leads. It seems Samragyi had a change in fortune as along with the role for which she had a long wait; she had something more in her kitty that changed it for her.

Recently along with the contract of Punar Vivah, she also found her lost possessions. A source says, "Last year in the month of May, Samragyi Nema was robbed off lakhs of rupees along with other precious belongings. But seems this year has proven lucky for her as she has recovered most of her lost stuff from the police."

Therefore; we contacted Samragyi to find out more about the incident and she says, "That's true, last May, there was a robbery at my place which literally terrified us as the goon had entered from our window and taken away a lot of our belongings."

When asked about what she lost, she says, "My mobile phones, diamond rings, gold platted watch, diamond and gold jewellery, almost lakhs of rupees and 900 US dollars.But by god's grace not all but I have found most of the things now,"signs off Samragyi.

Hope this year turns to be a lucky one for Samragyi…

sweethim 8 years ago waiting for the show...
luv u gurmeet

riyaan01 8 years ago All the best Gurmeet for new show...
keep rocking and smiling... :)

KINGKHANFAN 8 years ago Good Morning Gurmeet have a sweet day
luv u so much...you are the best keep rocking
missinggg uuu so much
when will 6 february come

AIMAMALIK 8 years ago Hi Gurmaan...Love youuu you so much are the best u are fabulos awesome actor in Tellywood...u are a my rockstar...
Miss u so much
wishes for your new show jaan waiting to see u back on feb 6th
and keep rocking keep smiling... Take care Love youuu jaan

gafulu14 8 years ago Loved your new show promos dear. you are the best

Arjun Bijlani talks about his first reaction on being ...
41 minutes ago