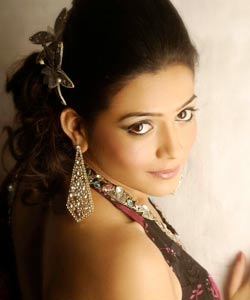 Talented Samiksha Bhatnagar who was last seen in Veera is all set to be seen in Colors's popular show Sanskaar - Dharohar Apnon Ki.  The graceful actress has entertained the audience with her acting skills in many cameo roles in the shows like Savdhaan India @ 11 and Crime Patrol.

Samiksha will portray the role of a second woman in Dilip's he will be shown having an extramarital affair with her in the show. Thus this will lead more troubles in the life of Dilip and Ketki.

Our source confirms the news saying, "Samiksha is playing the character of Prachi Shah who is a corporate girl. Dilip will be having an extramarital affair with Prachi.  She has already started shooting for the show. "

We contacted Samiksha to confirm about the same and she said, "Yes, I am entering the show but can't reveal anything about my character much."

Well this affair will add more drama in the storyline of the show. To know more about the same keep reading this space for more updates.

whitewitch 6 years ago i dont want to be rude. but ketki need a lesson for her deeds

Anupamaa: Paritosh and Kinjal exchange rings but who is the ...
42 minutes ago