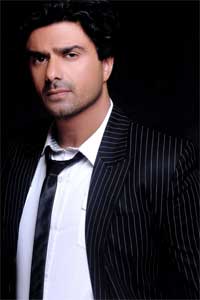 Sameer Soni has been away from the lime light after his controversial appearance in Bigg Boss 4. The actor after maintaining his silence for a while, is all set to be back in fiction. The latest we hear is that Sameer has been approached to play the main lead in Balaji's next on Colors.

A source says, "Sameer has been approached to play the lead in Balaji's next show on Colors which is based on the life of an advocate who gets married to another big shot advocate's daughter. The story will further see differences creeping in the relationship that will lead to their separation. This will anger the father in law and will make his life hell creating a lot of problems for him."

"The story will eventually see the unsolved problems of the lead actor and will later see the entry of the lead girl of the show."

When contacted, Sameer Soni confirmed the news and said, "Yes I have been approached for the show. It's really a big show and the character is very interesting, but things are yet to be confirmed as they are not yet materialized."

We are also told by the sources that Sameer in fact was the first choice for "Bade Acche Laggte Hai" which is currently on air with Ram Kapoor & Saakshi Tanwar on Sony TV, but due to some reasons that did not materialize. But this time Samir and Ekta are coming together & promise a lot more action.

+ 3
8 years ago BALH don't deserve a good actor like Sameer...He made a good choice of not taking the stupid role of Ram

9 years ago m really happy dat he didnt matrialized Ram n Sakshi r only made for this role..Samir dnt deserve to b der in dat show...n d show is goin awesome...lov both of dem...

+ 5
9 years ago Im glad Ram kapoor is playing Ram Kapoor lol in BALH. Sameer Soni is good too but i dont think for BALH. Hopefully his next show does well!

+ 3
9 years ago Yesterday, it was in newspaper that Ekta has always wanted Ram n Saakshi only for Bade acche lagte hain.

+ 3
9 years ago Ditto gal, colors is bakwas and worst channel, whose main matto is to promote negativity and vulgarity in name of entertainment

+ 7
9 years ago Loved him in Vivah, Hope he gets the show

+ 3
9 years ago Colors' mention gave me a jaundice in the article...Y colors any other channel will do...after wht they did to uttran,laado n now LTL...i feel its the worst channel on earth!

xjoyeux 9 years ago Looking forward to the new show on colors, sounds nice.