New Delhi, Sep 22 (IANS) Alina Wadiwalla, who has been voted out of reality show 'Bigg Boss' this week, is miffed with co-participant and item girl Sambhavna Seth for having allegedly betrayed her.

'I always shared her (Sambhavna's) sorrows and she back-stabbed me. I always used to console and pacify her, but she betrayed me by nominating me,' Alina, the only non-celebrity inmate on the show, told IANS over phone from Mumbai.

'When she used to vomit, I used to bring her a bucket and clean up. When she was not well, I used to take her to the loo. After doing so much for her, I wasn't expecting this in return. I felt so bad,' she said.

The reality show required her to be locked in a specially designed house with celebrity inmates for three months under 24-hour camera surveillance, with no access to the outside world.

A professional wedding photographer based in Britain, Alina is a tad disappointed on being eliminated from the show.

'I'm a little disappointed because I did have my own plans after winning the show, but I'm happy that I have left it in good faith. I know I didn't do anything wrong or never cheated on anybody, so I'm happy,' Alina said.

Alina stayed in the house for a month and a week. During her stay, she managed the kitchen and cleaning, and mostly maintained a calm demeanour.

Now that she is out of the house, Alina has no immediate plans to return back to work. She is happy being 'back home' with her family, especially her identical twin sister Sana, who visited her at the Bigg Boss' house last week.

What upset her most in 'Bigg Boss' was when her housemates changed their choices when open nominations took place last Monday to oust one of the participants.

'I felt like a victim. I know it wouldn't have been the same had the nomination taken place in the confession room because it was all planned. With that nomination, the honesty and humanity of each and everyone was clear.

'People had double standards and I felt hurt when I was told that I was creating misunderstandings between people and that's the reason I was being nominated,' Alina said.

She alleged that Sambhavna had nominated her just because it was an open nomination this time, instead of inside the confession room. She added that Sambhavna may have named Payal Rohatgi, whom she dislikes, if it was a closed nomination.

All said and done, Alina says she is missing her house mates and hopes to meet them as and when they come out. The young girl feels Diana Hayden, who was the wild card entry to the show, will go on to win.

'Diana will win the show because she has a relaxed approach towards things and also her tough experiences in life will help her sail through.' 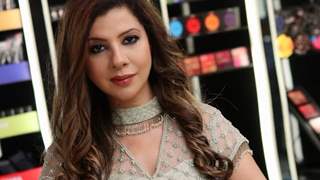