View Profile
Every relationship in Bollywood has its own share of bumps, especially when there are the superstars involved. When the relationship begins, the attention it generates is massive enough, but when it develops cracks - the ripples created are proportionally magnified! 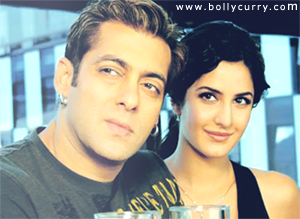 With many speculations and rumors floating around tinsel town about Salman and Katrina being back together, we would like to confirm it once and for all - yes, they're back, but before the fans of this superhit and super loved jodi rejoice, we would like to add that - it's just for a movie!
Rumor mills have been running wild trying to second guess who the female lead for New York director Kabir Khan's latest YRF venture would be - the macho Khan having already stepped aboard as the male lead. And all talks have been hushed, come the announcement of none other than Katrina Kaif bagging the role opposite ex-beau Sallu in this yet untitled Yash Raj Films/Kabir Khan project.
Initially, buzz had been about reservations held by Salman over the star list. It was also heard that the actor was keen on getting either Deepika Padukone or Priyanka Chopra for the same, while Kabir was all the time set on Kat, having worked with her in New York.
Now we hear that while Salman and Katrina may have called it off, off screen, the duo have no qualms flaunting their astounding on-screen chemistry. Still friends, they both claim!
The said film, for the uninitiated, is said to be inspired from the X-Men series where Salman plays a spy with superhuman abilities. (Er... a consequence of SRK's G.One avatar?!)