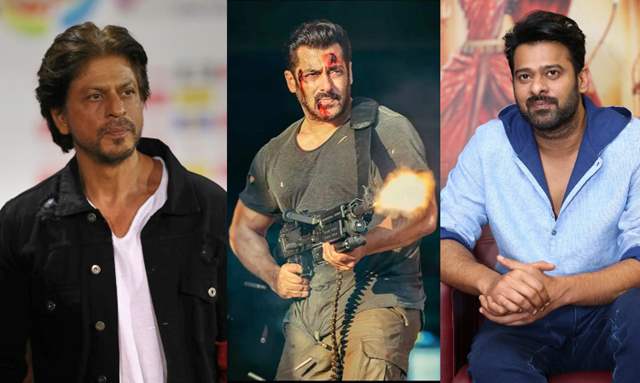 The Covid-19 scare continues to proliferate in India and the second wave of the novel coronavirus has hit hard in Maharashtra. In its attempt to curb the spread of the deadly virus, Maharashtra CM Uddhav Thackeray has imposed a slew of new and strict measures including Section 144 that will come in effect since 8 pm today.

However, this has ultimately impacted the entertainment industry as the shooting of the films in Bollywood have again come to a screeching halt.

Now, recent reports suggest that the shooting of films like Shah Rukh Khan starrer ‘Pathan’, Salman Khan starrer ‘Tiger 3, Prabhas starrer ‘Adipurush’ and others have been put on hold for now.

Yash Raj Films (YRF) clarified that there was a break scheduled for April 13 and 14 denying the prior rumours of a unit member testing positive, they informed that as per the government’s norms, they will resume the shoot after 15 days. The film also stars Deepika Padukone and John Abraham in the lead roles. Pathan also has a special cameo by none other than Salman Khan.

Meanwhile, according to a Bollywood Hungama report, Director Maneesh Sharma of Tiger 3 has informed that the shoot has been completely halted including that of Salman Khan with the stuntmen. Apart from that their leading lady Katrina Kaif was also tested positive for Covid-19 and the team was reportedly shooting for the portions of Salman with a limited crew.

On the other hand, the new restrictions imposed by the Chief Minister of Maharashtra has also caused a setback for Prabhas’ upcoming film Adipurush and the makers are planning to wait for the lockdown to end and for things to go back to normal.