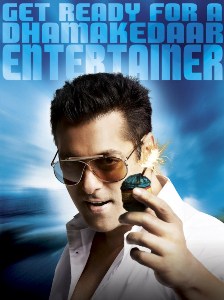 SAB TV's Taarak Mehta Ka Ooltah Chashmah being the most watched family sitcom, has become one good means for any sort of promotion. After Darsheel Zafary we hear that one of the top actors of Bollywood will be seen next on the show to promote his movie.

Salman Khan will be seen in one of the episodes of Taarak Mehta ka Ooltah Chashmah for the promotion of his upcoming flick Ready. Salman will apparently shoot his sequence today.

A little birdie from the sets informs, "The atmosphere is very much positive as Salman Khan is going to arrive on the sets, not only the female cast but also the male cast of the show is dying to meet him as he is a great personality."

We contacted Dilip Joshi and he was too content to state, "He is my buddy, so indeed I am dying to meet him and very much excited to see him working with us."

Seems like Taarak Mehta cast is getting 'Ready' to give a grand welcome to Salman Khan!

gautam1280 9 years ago Time waste in TOMCK. All viewers plz send some negitive comment to the Producer of TMKOC, so that the will decrease Advertisment time in between.

+ 2
9 years ago omg I love this show!!!!!! And Salman Khan coming on this show is an added bonus! John came on the show and now Salman! The actors are so lucky!

cnt wait for the episode

9 years ago awwwie janu ! will definitely watch it ! :) Gl to the show n Salman's Ready!

9 years ago cant wait to watch TMKOC... love this show. it better be good with salman in it...