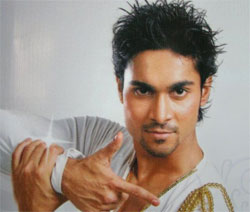 Telly Buzz had already reported about Zee TV's next big dance reality show, Dance Ke Superstars, where Dance Guru Shiamak Davar will be the main mentor. We had also reported that the show will be a battleground where Dance India Dance Season One and Season Two contestants will battle against each other.

But one of the main people who will miss the stage will be none other than the Dance India Dance Season One winner, the handsome hunk, Salman Khan.

According to our source "Salman will be present in the first episode where he will declare in front of the audience that he will not continue the show due to date issues."

We contacted Salman and he confirmed saying "Yes, I will be present only for the first episode of the show. Even though I have done the promo shoots for the show, I won't be able to continue the shoot because of my prior commitments."

"I cannot say no to Zee TV because it gave me the platform where I gained the name and fame, but at the same time they approached me late. Nevertheless, I will be coming in the first episode and will announce the news to the audience personally", signs off Salman.

The stage will definitely miss Salman.

9 years ago NOM.. But never liked this guy much, after his "intimate" dances with Yana..

+ 3
9 years ago ayoooo salman... i ws really lukin forward to seein u dere.. but no worries all da best and god bless u

+ 4
9 years ago Damn! I wish he was there but fair enuf. It would be unprofessional to back out of prior commitments. Funny this is the same thing that happened to Remo. He had to say no to DID Doubles cos of committing to Jhalak. Will miss u Salman.

9 years ago woh hud ki bhi nahin sunta,
so how can this Salman be any different but it so sweet of him to still make an appearance, he's also very Loyal it seems like his Name Sake!!!