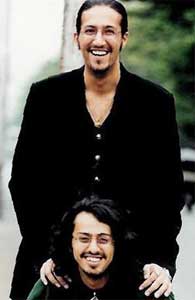 Featured Video
duo bagged the nomination for their composition in popular American show 'Wonder Pets' - they scored for the episode 'Save The Bengal Tiger'.


'To be honest, it hasn't really sunk in till now because we have been so busy with our projects here that we haven't got the time to think about it. I think once we are in the flight, we will finally feel the excitement,' Sulaiman told IANS over phone from Mumbai before leaving for the US Thursday.


Sulaiman said if they won, it would be the icing on the cake.


'We are going with an open mind. In our minds we have already achieved since we have been nominated for something as prestigious as the Emmy. If we get the award, it will be the icing on the cake. It's really a thing of pride for our country since after the Oscars now we have a place in the Emmys as well,' said the composer.

The music director also feels that the nomination will open the doors for more international projects.


'This nomination, and if we win, will definitely blow international doors open for us. It is a big thing, people notice you, recognise your work. These things open room for various collaborations which eventually help you a lot,' explained Sulaiman.


Asked what they will wear at the Emmys, he said: 'We will be sporting sherwanis created by designers Nikhil and Shantanu. Salim will be wearing an ink blue sherwani and I have opted for a black one.' 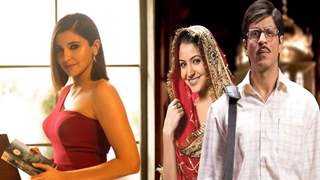