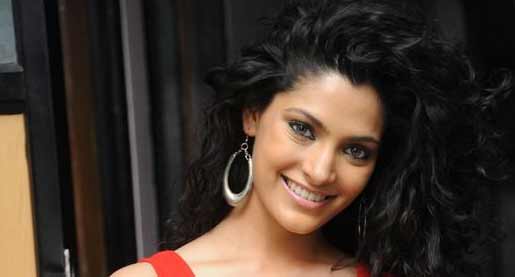 Actress Saiyami Kher's long wait is finally coming to an end as her much-delayed Telugu debut project "Rey" is finally releasing. Although slightly disappointed about the delay, she says all good things take time.

YVS Chowdhary-directed "Rey", which was originally scheduled for release early last year, will now release on March 27 in cinemas.

"I should admit I'm disappointed with the delay but I strongly believe that it takes time for all good things to happen. It's definitely worth the wait and I'm lucky to have been part of 'Rey'," Saiyami told IANS.

Saiyami was roped in after the director was impressed with her Kingfisher calendar photo-shoot.

In the movie, Saiyami's role is an integral part of the story. She plays a goal-focused character called Amrita, who travels from India to the US to take part in a talent competition.

"The best part about my role is I don't just come and dance in a few songs and disappear. This is what attracted me to the project. Whatever films I do, I want to contribute to them through my performance, and not just merely be part of the cast," she said.

Saiyami describes "Rey" as a dance-based film and admits it was challenging to match steps with her co-star Sai Dharam Tej.

"Sai is an exceptional dancer. I had to work extremely hard to keep up with him. But I was lucky to have worked with choreographer such as Raju Sundaram, Brinda, Prem Rakshit, Johnny and Shekar. It was an ensemble of dancers on the sets," she said.

"I thoroughly enjoyed dancing, especially with Raju master because he's so fun to work with. On the other hand, Brinda master was extremely encouraging," said Saiyami.

Despite the delay, Saiyami says she doesn't feel nervous about the release.

"I'm quite excited to be honest. In acting, you can never say you've done your best because there's always scope for improvement based on the film's feedback post release. I'm just eagerly looking forward to the audience's response," she added.

Since her completion of "Rey", Saiyami went on to sign filmmaker Rakeysh Omprakash Mehra's "Mirziya".

"We've already started shooting, but I'm not allowed to talk about it," said Saiyami, who spent most of last year taking workshops in preparation for her role in the movie.

"It was these workshops that kept me occupied while I was patiently waiting for the release of aRey'," she added.