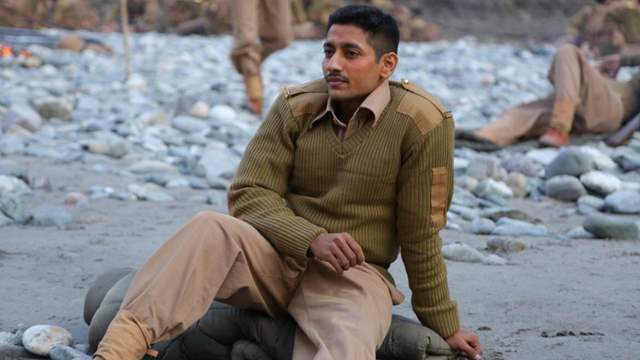 Akash Thosar who rose to instant fame across India after the success of marathi-movie Sairat will now be seen in a pivotal role in upcoming war-epic 1962: The War In The Hills. Directed by Mahesh Manjrekar, the series also stars Abhay Deol and Sumeet Vyas amongst many other prominent actors - details of which will be announced soon.

The series - 1962: The War in the Hills is inspired by true events and narrates an untold story of bravery and valour and how an army of 125 indians stood against 3000 chinese.

Akash Thosar who will be seen as one of the bravehearts, recently revealed that his childhood dream was to join the armed forces. He said in a statement shared by his team, “The series  1962: The War in the Hills is a dream project for me! Ever since I was a child, I had a dream of joining the Indian Army and I had also tried giving my tests twice to get selected before getting into the movie industry. Not only an army officer but I also tried to enroll myself in the police services. If I wasn’t an actor, my career was definite to be joining the forces to protect our country.”

He further added, “The first time I was given an opportunity to play the role of an army soldier, my heart was filled with happiness and pride. If not in real life, I was glad to be wearing the uniform in my reel life. Whenever I wore the uniform I felt differently,  as if I was actually a part of the army and would look at myself that way”.

Akash Thosar will essay the role of Kishan who is part of the battalion led by Major Suraj Singh (Abhay Deol). 1962: The War In The Hills is slated for release on 26th February 2021 on Disney+ Hotstar VIP and Disney+ Hotstar Premium.