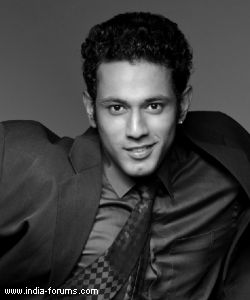 After Bhagyavidhaata, Na Aana Is Desh Laado is the next show on COLORS to take a big leap!! As we know, the show produced by Shakuntalam Telefilms is slated to take a leap of 20 years in December, for which the casting is on at the moment!!

Sahil Anand who came into the limelight with MTV Roadies will play a vital role post leap. Sahil was recently seen in Star One's Rang Badalti Odhani. He also played the negative lead Bheesham in Zee TV's Mera Naam Karegi Roshan, in which his character was recently killed.

Our source tells us, "Sahil has been roped in to essay the role of Aditya, Chanda's son. He will grow up to be the laadla of Ammaji (Meghan Malik) as he is the first grandson of the house. Ammaji has high hopes on him, and hopes to make him her successor".

We hear that the casting process is presently on, and many more new characters will be introduced post the leap.

We tried contacting Sahil Anand, but he remained unavailable.

If sources are to be believed, the channel aims to finish the casting process soon, so that they start shoot by this month end.

As reported earlier, the recent entry of Aman Verma will bring in some major twists in the track. Apparently, Bhanupratap will kill Raghav (Aditya Redij) and Sia (Natasha Sharma) will die after delivery. Both the protagonists will not be part of the leap..

Watch this space for more on the new developments in Laado..

+ 3
9 years ago used to love him as Akshay too bad he had to leave best of luck to him for hte future!

9 years ago all d best to him 4 his future projects...

9 years ago All the best for all your future projects. You did good in RBO

9 years ago Did a wonderful job as Akshay. Wish you luck for the future

9 years ago sahil was gr8 as akshay in rbo, loved him rbo, wish him all the best.

+ 2
9 years ago good luck to you..loved u as akshay khandelwal..