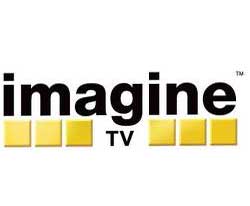 After making Jai Shri Krishna for Colors, Sagar Pictures is planning to bring in another Mytho which will depict the life of Lord Krishna.

A source from the industry says, "Sagar Pictures is making a mytho show for Imagine tentatively titled as Dwarkadhish. The show will focus not only on Lord Krishna, but also on the life and relation of Krishna with Radha and Rukamani which is less narrated onscreen."

"The audition for the show is on and the show will go on floor once the cast gets finalized. The production house is mainly roping those actors who have already worked with them in their previous projects, "adds source.

We tried to get in contact with Amrit Moti and even sent him a text but did not get any revert.

After the great response got for Chandragupta Maurya. guess this has to be a big launch for Imagine...

9 years ago ove chandragupta maurya my fav show!
sarags are the best when it comes to mytho and historic show...they roc
But plz not in imagine...hahah only god can save dis shitty imagine channel.. most f d shws r crap !! n atleast dey wd do good wth deir so called 'trp' PHEWW... unimagine tv !! hate dis bloody idiots n dier dumpo channel !!Ratan not caring for her safety, life or self-respect is going to single handedly dive straight in the shit-pit that is swayamwar to save the Imagine channel...
LOVE U KMH...
HOPE KMH 3 IS NOT IN IMAGINE...

+ 2
9 years ago sarags are the best when it comes to mytho and historic show...they rock

+ 2
9 years ago why sagar's r producing another show on shri krishna.

I mean der r other good historical stories on which dey can make serials. Thats my thought.

+ 2
9 years ago @Lalitha Di..Same here..
Legends can be made only once and even the creator of that legend himself can not make it twice with the same aura..The Mahabharat Katha is an example..

I have not yet been able to forgive the Sagars for recreating Ramayan with an Angry Young Man type Ram, a dwarf Hanuman and a comedian Ravan. But I always keep on looking for Krishna in various serials. I wish to see if anyone can match up to Nitish Bharadwaj's standard in terms of looks, acting, smartness, dialogue delivery etc. He was a complete package and I can go so far to say that he was born to play Krishna. Nobody has been able to replace that man as Krishna from my mind. Lets see what these people come up with.

9 years ago beliefs by referring to Hindus faith as 'Mytho'..
Is it really necessary to use offending words like Mytho? Why not just say "Sagar Pictures is planning to bring in another SHOW which will depict the life of Lord Krishna".!!!!