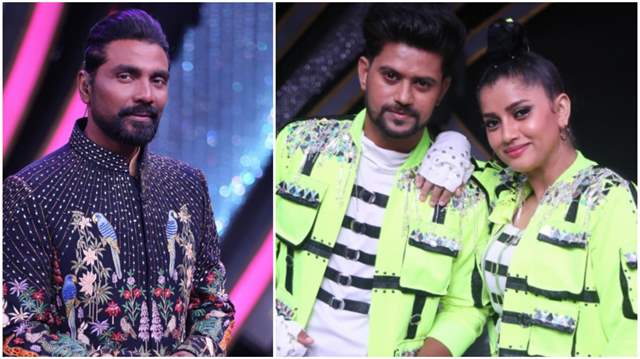 After receiving an overwhelming response to the previous two seasons that introduced audiences to some truly exceptional moms whose dancing skills can give even the younger dancers a run for their money, Zee TV recently launched the 3rd edition of its popular non-fiction show – DID Super Moms.  Airing Saturdays and Sundays, the new season has an exciting panel of judges – Remo D’Souza, Bhagyashree Dassani, and Urmila Matondkar who will mentor and guide the talented moms through their journey and help them achieve their dancing dreams.

In fact, the upcoming grand premiere episode of DID Super Moms will have some mesmerizing acts, and we are sure the viewers will have a gala time watching the top 12 super moms dance their hearts out to impress the judges. While everyone on set thoroughly enjoyed all the performances by the top 12 super moms during the shoot, it was the energetic performance by contestant Sadika Khan and her choreographer Vivek to the song ‘Dhoom Machale’ that left everyone spellbound. But that’s not it! Judge Remo D’Souza was so blown away that he could not stop himself from comparing their act to the iconic performance given by Janet and Michael Jackson years ago!

As Remo shared, “The idea of using a 360-degree camera throughout the act was amazing and I must say that you both creatively controlled the camera and presented a wonderful performance. I never expected to see this level of performance on DID Super Moms. But, after seeing this act, I was reminded of a stunning performance delivered by Michael Jackson and Janet Jackson years ago. It really felt like I was watching an international dance performance. Really great work!”

While Sadika’s performance will surely win your hearts, wait till you watch the performances by all the fantastic contestants of DID Super Moms this week.