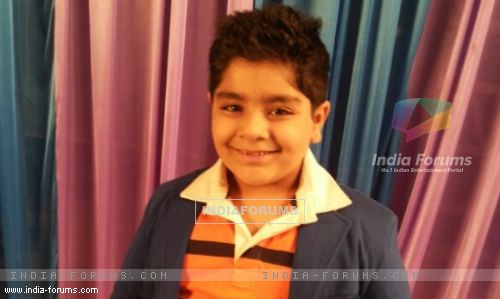 Looks like television is indeed becoming a stepping stone for not only TV actors but also for child actors. Talented child actor Sadhil Kapoor who received appreciation for his stint in Life OK's Devon Ke Dev. Mahadev as young Ganesh is all set to spread his wings and shine on the silver screen yet again.

Sadhil who is already winning the hearts of the viewers through his hosting skills in the much loved show Captain Tiao, is all set to be seen in another film titled as Meet The Patels. This child actor already has a film in his kitty titled as Jalpat.

Meet The Patels is produced by Krian Media and has been directed by Saurabh Verma. The film will go on the floors by March 2015.

Apart from Sadhil other actors who have been roped in to play important characters are Shiv Pandit who was applauded for his acting skills in the film Shaitaan and Bollywood's bad man Ranjeet too will be seen in the film.

When contacted Sadhil to know his shooting experience he says, "I have shot with Ranjeet Sir and he is a brilliant actor to work with. Though I have shot for two days, I enjoyed shooting a comic scene with him."

Well must say Sadhil, you have a long long way to go!