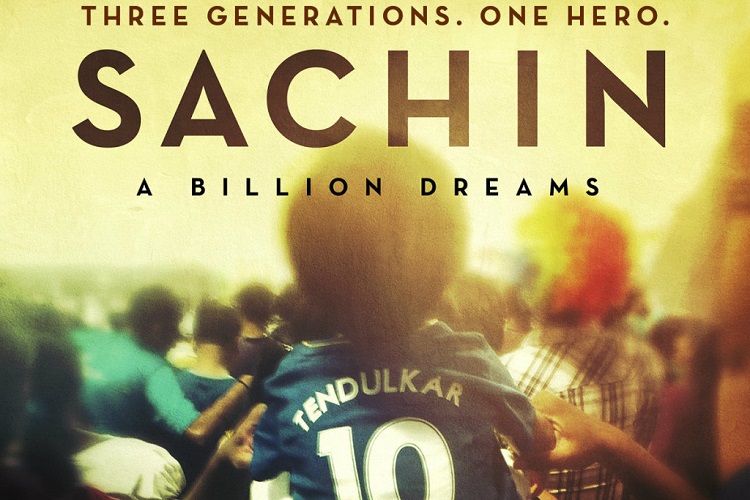 "Sachin: A Billion Dream" has been creating records just like the master blaster himself. It is the first ever Docu-drama to cross 50 million. The docu-drama Sachin: A Billion Dreams, that released on 26th May 2017 completes three weeks at the box office, creating a new record.
The docu-drama is based on Sachin Tendulkar's real life, who is called as the god of cricket. The movie, which is a documentary-feature starring the cricketer is one of the very few movies to have stayed strong.
The film, which featured videos from master blaster's personal collection, is still successfully running in many theaters across the nation. The movie was dubbed in Marathi, English, Tamil, and Telugu.
When asked Ravi Bhagchandka about this, he said, "Lots of industry experts were skeptical because of the new genre we were tapping into and how it has never worked in India. But because we had the vision of portraying Sachin's story in a very pure perspective and from his vision, we stuck to it revealing his story through this genre. And we are very happy it paid off and it's become the highest grossing docudrama in the world. We are obviously happy and also overwhelmed with the response the movie has got in terms of creatives and content of the movie and how this has fulfilled the vision of keeping Sachin's legacy on for years and years to come."
The Docu-drama was exempted from tax in Maharashtra, Goa, Delhi, Orissa, Kerala and Chattisghar.
Sachin: A billion dreams, written and directed by James Erskine and produced by Ravi Bhagchandka and Carnival Motion Pictures under 200 Not Out Productions is witnessing a power run at the theaters.
0 Likes

Jyotika-Suriya Continue their Track Record of Unparalleled Hits with ...

Paatal Lok creates huge Buzz across the nation; Netizens call it the ...