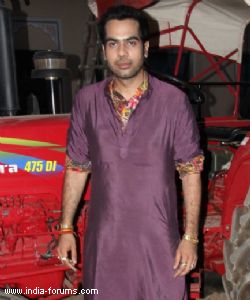 A source says, "Sachal will play a public prosecutor who argues against KD Pathak (Ronit Bose Roy). The episode will be shot in a Haryanvi backdrop and Sachal will play the character of a famous lawyer from Haryana."

We contacted Sachal who confirmed the news. "Yes, I will be playing a public prosecutor in Adaalat. The character I am playing is that of a famous lawyer from Haryana. I can't reveal the story but the reason behind taking up Adaalat is that it's a good show and the channel has always approached known people to play public prosecutors."

The episode will be aired soon in the coming weekend.

riju1212 8 years ago ahhh...again new lawyer..Jaiswal is best no other lawyer is as good as jaiswal in adaalat according to me...

HIRASHAH2 8 years ago sound interesting ...looking forward for the episode

-Mrs.MSK- 8 years ago Best of luck GC... Will keep up our hopes for GHSP2...But still will appriciate ur New avatar... You rock ;)