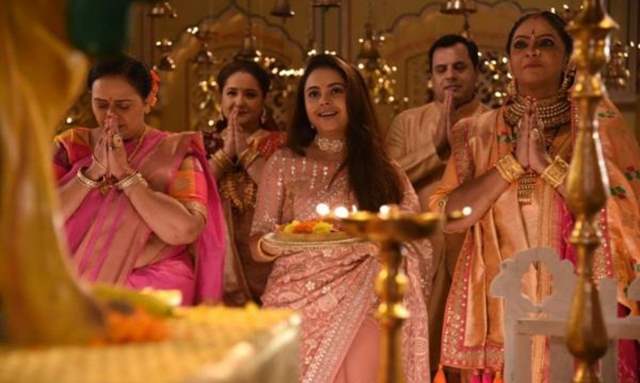 Saath Nibhana Saathiya 2 has been in the news for the longest time now and fans have been waiting for the show to go on-air. As has been reported already, the show will go on-air from October 19, 2020, and it will be taking the time slot of the Shaheer Sheikh and Rhea Sharma starrer Yeh Rishtey Hain Pyaar Ke. Meanwhile, regular updates regarding the show keep coming in and now, we hear something rather interesting.

As per reports, the show went on floors from September 22 and the team started off the shoot with a puja scene. Present were the likes of Devoleena Bhattacharjee, Rupal Patel and a few others. As they shot for the scene, joining them eventually will be the lead actors, Harsh Nagar and Sneha Jain. While the promos have only seen Devoleena so far, we do know that Sneha will take on the role of Gehna and the first look is yet to be out.

Meanwhile, as has been known, the makers made an announcement about the show right in time when Yashraj Mukhate's rap video on Rasode Mein Kon Tha went viral. The show has always garnered a lot of attention and while it has also been subject to various memes, this rap video was different and in fact, Rupal Patel also expressed how she was overwhelmed to have seen it and witness all the love.

Saath Nibhana Saathiya 2: Rupal Patel confirms being a part of the ...

Neonholic 1 months ago Gopi's new look is fab but OMG Kokila is looking absolutely ravishing, must say she is looking very royal. 💖